Based in the Physical Education and Sports Institute of the Rio de Janeiro State University (UERJ), the Laboratório de Atividade Física e Promoção da Saúde (LABSAU – Physical Activity and Health Promotion Laboratory) aims at contributing to the production and dissemination of scientific knowledge in the field of ‘physical activities and health promotion’. Counting on a series of state-of-the-art pieces of equipment for applied research, LABSAU has been continuously striving to offer students with the best conditions to the conduction of their projects, including a vast database of scientific articles to ease in their literature review processes pertaining to the subjects targeted by the laboratory. Such database has often been requested by other universities as well. To develop its activities, LABSAU counts on a special team of professors and students holding a varied range of academic expertise. The following institutions have been working in partnership with LABSAU lately: Universidade Aberta da Terceira Idade (UERJ’s Open University to the Elderly); the Hypertension Clinic of the Clinic-Experimental Pathophysiology Laboratory, situated in UERJ’s Pedro Ernesto Academic Hospital; UERJ’s Nutrition Institute; The Research Center of the Brazilian Air Force Physical Activity Sciences Institute; the Sports Medicine clinic Clínica de Medicina do Exercício – CLINIMEX; to name a few.

LABSAU has been granted the degree of official representative to Brazil’s ‘National Program of Education and Health through Physical Exercise and Sport’ in the state of Rio de Janeiro, in that LABSAU’s coordinator Professor Marcos Santos Ferreira holds responsibility for leading the actions in that respect. Created in 1986 by the Brazilian Federal Health, Education and Sports Departments, that program aims at contributing to increase sports practice and physical activity levels within Brazilian society. The program was initiated in 14 Brazilian states between the years of 1987 and 1988. In 1998, the program’s structure was reinforced with the creation of its Technical Scientific Committee. Committee’s current coordinator is Professor Ph.D. Antonia Dalla Pria Bankoff, professor at the Campinas State University (UNICAMP). UNICAMP hosts the Center for Distance Education in Physical Exercise and Health, which is in charge of advising and releasing the program’s actions. To complement that structure, the program has state coordinators in each Brazilian state. Lastly, LABSAU coordinators participate in the Group of Thematic Work (GTT) over Physical Activity and Health, at the Brazilian College of Sports Sciences.

The history of Maritime Rescuing in Rio de Janeiro dates back to 1917, when beach bathing was officially regulated in the beaches of Leme and Copacabana. In that time, Rescuing Service was provided by local fishermen. In 1967 the Maritime Rescuing Brigade was created, subordinate to the Public Safety State Department, and initially under the responsibility of the State Police.

In October of that same year 1984, the General Commander of the Fire Brigade activated its 1st Maritime Division (1st GMar; in that “GMar” stands for Grupamento Marítimo). This Military Firefighting Organization became responsible for the Ocean Saving and Rescuing Service. Because of that, the observation posts which already existed were upgraded to Detachments, having the Botafogo Maritime Division for administrative headquarters (nowadays, the 1st GMar).

From then on, the Maritime Division of the CBMERJ took over the dependencies of the old Posto VI (Post 6), raising it to Detachment/3M. On December 30th 1990, Detachment/3M was turned into the 1st Maritime Subdivision. From May 27 th until 1st December 1992, it was temporarily turned back into Detachment/3M.

In 2003, the 1st Maritime Subdivision was raised to current 3rd Maritime Division.

Today the CBMERJ counts on four Maritime Divisions in the state of Rio de Janeiro (1st GMar in Botafogo; 2nd GMar in Barra da Tijuca; 3rd GMar in Copacabana; 4th GMar in Niterói), which are all monitored by the Area Firemen Command (CBA VIII, in that “CBA” stands for Corpo de Bombeiros de Área). CBA VIII is in charge of the distribution of military personnel, and the planning and execution of all operations within the area of Specialized Activities.

The 3rd Maritime Division is located at Praça Coronel Eugênio Franco nº 2, between the Fishermen Colony and the Copacabana Fortress, in the district of Copacabana. The coastal area under its surveillance stretches for 12 kilometers, distributed among the beaches of Leme (1.500 meters), Copacabana (2.500 m), Arpoador (500 m), Ipanema (2.500 m), Leblon (2.000 m) and São Conrado (3.500 m). The 3rd GMar counts on 24 observation posts and 12 control towers (1 in Leme, 4 in Copacabana, 4 in Ipanema, 2 in Leblon, 1 in São Conrado) strategically located along the coast, a medical team and materials such as helicopter, inflatable boat,  longboards, rescue-tubes, bodysurfing fins and rope.

The 3rd Maritime Division traditionally takes part in several activities, aiming at the local community and also civilian and military organizations. Besides a series of events covering a wide range of purposes, each year during summer vacation the Division carries out its Junior Lifeguard Project (Projeto Botinho), free to the kids from the local community with ages ranging between 7 and 17. Youngsters get a chance to learn how to recognize and respect the dangers of the sea; are presented with introductory knowledge regarding rescuing, first responding, citizenship and altruism, and are encouraged to act as multipliers of such contents among their relatives and friends.

Since its establishment, the 3rd Maritime Division has been continuously seeking to keep up with the increasing demands imposed by functional growth. Its military personnel includes Officers, Sub-Lieutenants, Sergeants, Corporals and Privates, and seeks to serve with excellence the community within the operational area under its surveillance. 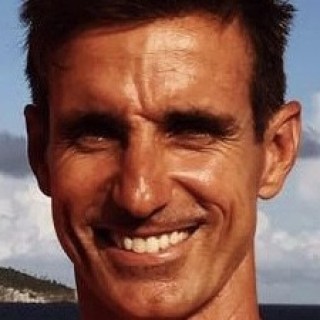